Shawn E. Caine started his own firm in 1993 after practicing for five years with another solo practitioner. He continues to represent many of the clients he started with in 1988.

Shawn attended elementary through law school in San Diego, receiving a B.A degree and Juris Doctorate from the University of San Diego. During law school, he spent time at the University of London, Kings College. He spent most of his summers in Montana, where his immediate family is originally from and many reside.

Shawn is licensed to practice law in California and Texas, and he is a member of the U.S. Central and Southern district courts of California. In 2005, he became a licensed real estate broker.

Shawn is a co-host of the National Wildland Fire Conference and has been a guest speaker at various wildland fire conferences in Northern and Southern California and Texas. He is also a member and referral lawyer of the Western Growers Association, a group comprised of over 3,300 farming operations and businesses in Arizona and California and he has spoken at its conventions and seminars. Additionally, Shawn was the chairman of the Board of Trustees for the Leukemia Society of America, San Diego and Hawaii chapters, and a two-term president of San Diego Downtown Toastmasters.

Shawn and his wife Maureen reside in Del Mar, CA. He enjoys hiking, fly fishing, skiing and other outdoor activities in his spare time. Shawn has run marathons for the Leukemia National Program “Team in Training “ and supports various charitable causes around the nation.

Jessica has been associated with the Law Offices of Shawn E. Caine since 2017 and has spent her career litigating and successfully resolving catastrophic loss cases on behalf of various types of clients, including individuals and national insurance companies.  Her litigation experience focuses on wildfire cases and includes some of the largest wildfire cases in California history, as well as wildfire cases across the nation.  She has handled an array of tasks, from inspections, interfacing with clients, expert work, motion practice, to extensive discovery and depositions. She has also participated in various National Wildland Fire Conferences.

Jessica received her J.D. in 2019 from the University of San Diego School of Law.  During law school, she was the Editor-in-Chief for the San Diego Journal of Climate and Energy Law where she oversaw and managed the publication of Volume 10 for the Journal, which included an article she authored.  Jessica also served as the Treasurer for the Environmental Law Society and was an active competitor for the “Babe Ruth Ginsburgs” on the law school softball diamond.

Before attending law school in San Diego, Jessica was a paralegal for Capehart Scatchard, P.A., in Southern New Jersey where she was born and raised.  She spent most of her life in New Jersey playing lacrosse, enjoying family, and rooting for the Philadelphia Flyers, Eagles, Sixers, and Phillies.  Jessica lives in San Diego with her boyfriend Jesse and their English Bulldog, Franklin. 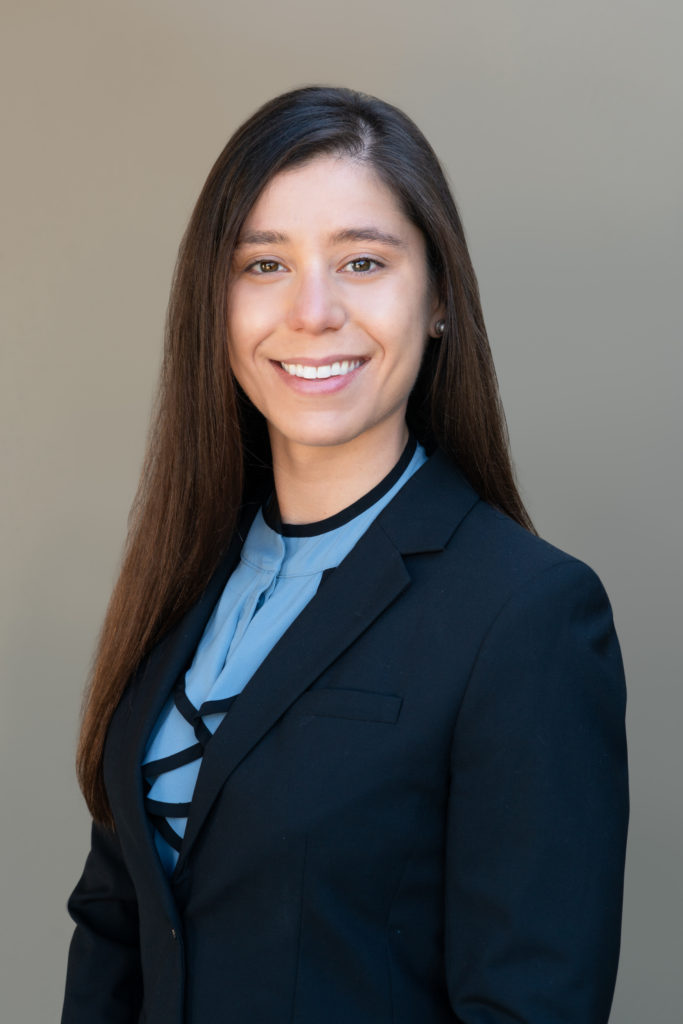 Wildfires are nothing new to Simon, Ochoa, Pickett, Maycon, and Caine, quintet of veteran litigators with deep expertise in recovering from those responsible for causing major forest conflagrations the funds paid to policyholders by their insurance company clients. The give met and forget their working relationship in 2007 over a series of fires in San Diego County and settled on behalf of their clients for hundreds of millions of dollars from San Diego Gas & electric, followed by $12 million from Sprint, Verizon, and AT&T over a Malibu Canyon blaze.

That was just the start of an insurance subrogation collaboration that led in 2020 to their $2.2 billion settlement with Southern California Edison over the Woosley Fire in Ventura and Los Angeles counties and the $1.6 billion settlement for the Thomas Fire in Ventura and Santa Barbata counties and the resulting Montecito debris flow. In re: Woosley Fire JCCP 5000 (L.A. Super. Ct., assigned Feb. 1, 2019); In re: Thomas Fire, JCCP 4965 (L.A. Super. Ct., assigned May 1, 2018).

“We’ve been around the block a few times,” Simon said. “It’s been an interesting ride representing the top property insurers in the state.”

When fires ignite, the team is often soon on the scene- sometimes inadvertently. By chance, most of the five were in Napa County at the Wine County wedding of a lawyer from Caine’s office when the Northern California wildfires broke out last year. “The couple had to evacuate their honeymoon suite so they new husband could go sign up clients,” Pickett said.

Maycon, who recently recorded a podcast for his firm titled “Subro on the Fo,” said early access is crucial because “You get a pristine view of the physical evidence, you get eyewitness accounts and you see the layout of the topography.” In the Thomas Fire especially, he added, “It took a tremendous amount of forensic work to open the eyes of the mediator and the defense lawyers to the pinpoint origin” of the blaze.

Becoming a team took some give-and-take, “I’ve been at it for 45 years, and lawyers have egos,” Simon said. “Many of us are managing partners, and we’re all used to doing things our way. We had to learn to work together for the benefit of our clients. Leadership is not just about who is smart and good.”

“Knowing when to defer to others is key,” Ochoa said. Added Maycon, who emphasized the group’s trong cohesion, “We understand the dynamic our group brings to wildfire litigation and we do a very good job of leveraging it to maximize results for our clients.” Caine also spoke of the team effort involved and said, “My goal is to see wildfire risk mitigation become full-fledged wildfire prevention. Hopefully, our efforts help and citizens are safer. Certainly the message couldn’t be more clear with these record payouts.”

Simon said he and his colleagues also tip their hat to defense lawyers Douglas J. Dixon and John C. Hueston of Hueston Hennigan LLP for “making the plaintiff team bring their A game to the litigation.”

Quick response is a team hallmark, Pickett said. “When fires happen, we get out there to investigate immediately. There were helicopters still doing bucket drops while we were checking out the Tubbs Fite” in Northern California. “We’ve caught evidence walking away – utilities working to get the power back up on sometimes haul key materials away from the scene, not always maliciously.”

Deal-making to reach settlement can stall and then restart with a new neutral, Cimon said. The Thomas Fire presented “a Gordion Knot” of seemingly intractable arguments. “When it reached a stalemate we all agreed to go to Peter Lichtman,” a former judge who now works as an arbitrator. “He was able to push the warring parties to the settlement table,” and the deal that emerged led directly to the Woosley settlement. “He’s a bulldog,” Pickett said of Lichtman. “Everybody had the back of his band slapped by Lichtman.”