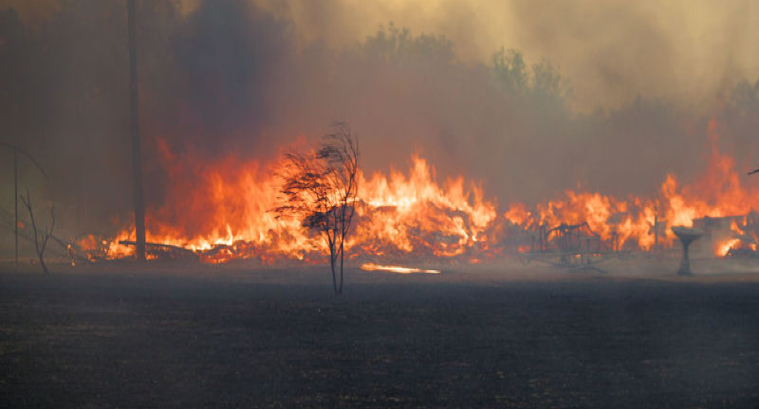 These wildfires numbered over 22, killed 129 people and destroyed over 28,000 structures.  Shawn was appointed Co-Lead Counsel in the complex litigation which involved over 100 lawyers.  He worked with the State Court and Legislature, and Federal Bankruptcy Court, to assist in the successful resolution of all claims for $25.5 Billion.

The Woolsey wildfire erupted in November 2018, killed two people and destroyed 1,643 homes.  The Los Angeles Superior Court appointed Shawn as Co-Lead Counsel, in this litigation. The parties settled the case in 2021 for $2.2 Billion.

The fires that scorched more than 200,000 acres, killed two people and destroyed over 1,600 homes were caused by electrical power lines located at three separate areas of origin in San Diego County. Shawn was appointed by the court and served as Co-Liaison Counsel for the insurance companies involved in these 2007 wildland fire cases. His clients and fellow insurers negotiated an early settlement of their more than $1.6 Billion in losses and recovered in excess of $1.1 Billion from San Diego Gas & Electric Company.

In 2015, the Butte Fire erupted in Calaveras County, destroying more than 560 homes and causing hundreds of millions of dollars in damages. Shawn was active in the initial and early investigation with experts and successfully resolved his clients claims in mid 2017.

In Re: Steiner Ranch Fire.

As co-liasion Shawn prosecuted the City of Austin Energy Company, Time Warner, and AT&T for starting the Steiner Ranch fire on September 4 2016. The fire swept through the Steiner Ranch area and destroyed multiple homes. The case was successfully resolved in 2016 for $8.3 Million.

In Re: Bastrop Complex Fire Litigation.

The Bastrop Complex Fire erupted on September 4, 2011 in Bastrop County, Texas. The fire was the most destructive in Texas history, scorching more than 34,000 acres, killing two individuals and burning down over 1,650 residences. Shawn was appointed co-liaison for the insurance companies, which paid more than $350,000,000 in claims. The case was successfully resolved in early 2015.

In 2002, the Pines Fire arose when a Drug Enforcement Agency helicopter clipped electrical power lines, igniting a fire of more than 64,000 acres in the mountains of San Diego County. Shawn represented the plaintiff whose mountain ranch and timber were destroyed and negotiated a $3.8 Million settlement from the U.S. government shortly before trial.

The 1993 Winchester Fire, which consumed in excess of 25,000 acres, was started when electrical power lines came into contact with eucalyptus trees. In 1997 Shawn obtained a large jury verdict after two months in trial against the Southern California Edison Company. The total post-verdict judgments and payments exceeded $3.5 Million.

The Guejito Fire arose out of a 22,000-acre wildland fire caused by electrical power lines in 1993. Shawn represented Paul Colo, the lead named plaintiff who suffered burns and lost more than 130 exotic birds in his aviary. Shawn and co-counsel led plaintiffs in a six-week trial against San Diego Gas & Electric Company and recovered a significant settlement on the eve of closing arguments that led to millions of dollars in recovery.

The fire started when electrical power lines came into contact with palm fronds in a rural area of the Imperial Valley, home of many of Shawn’s farming and cattle clients. He represented plaintiffs who recovered $1.7 million from the Imperial Irrigation District.

Shawn represented an insurance company client who suffered millions of dollars in losses arising from the Grass Valley Fire, which started when a tree fell across electrical power lines and caused a junction box to ignite. The case was settled in late 2010.

Other successfully resolved wildland fire cases that started in the last three decades include:

Shawn helps seriously injured and surviving family members who have experienced a catastrophic personal injury , wrongful death or property loss caused by the negligence of others or by defective and dangerous products.

Shawn and co-counsel represented two minor children in a product liability case arising out of the death of their father caused by the failure of a 40-year-old piece of highway construction equipment. After rejecting the defendant’s $40,000 final settlement offer, they ultimately achieved an out-of-court settlement of $2.5 Million, representing one of the largest wrongful death settlements ever reported for a case brought in the County of San Bernardino, City of Barstow.

Shawn represented the wife and young minor daughter of the decedent, who was killed in a trucking accident. He established, contrary to the findings of the California Highway Patrol, that the trucking company was primarily at fault, and effectuated a seven-figure settlement.

Shawn is counsel for numerous farmers and cattlemen. He represents some of the largest farming and ranching operations in the Southwest. Shawn has handled all aspects of complex financial, real estate, land use planning, grazing and development issues, and disputes between farmers and others. He has defended cases brought by the Equal Employment Opportunity Commission (EEOC) and lectured on multiple topics confronting the agriculture industry.

Currently, Shawn is actively engaged in real estate and business transactions with various farming and ranching enterprises, including land exchanges, acquisitions and development opportunities, and supports 4H and Farmers.

Shawn has handled multiple employee embezzlement and theft cases and overseen the civil and criminal prosecutions of the defendants. His past efforts have led to nearly $2 Million in judgments. Most recently, he obtained a $1.4 Million judgment in federal court arising from contractual and fraud claims.

Shawn is an expert in fraud detection and prevention and has lectured extensively at agricultural conferences and before various trade groups about the risks of embezzlement and precautionary measures that can be taken to avoid them.